Collection: All the Way Down

All The Way Down (POC)

On this page, the team at Margin Of Error give an insight into the progress and development of their game, All The Way Down.

All The Way Down 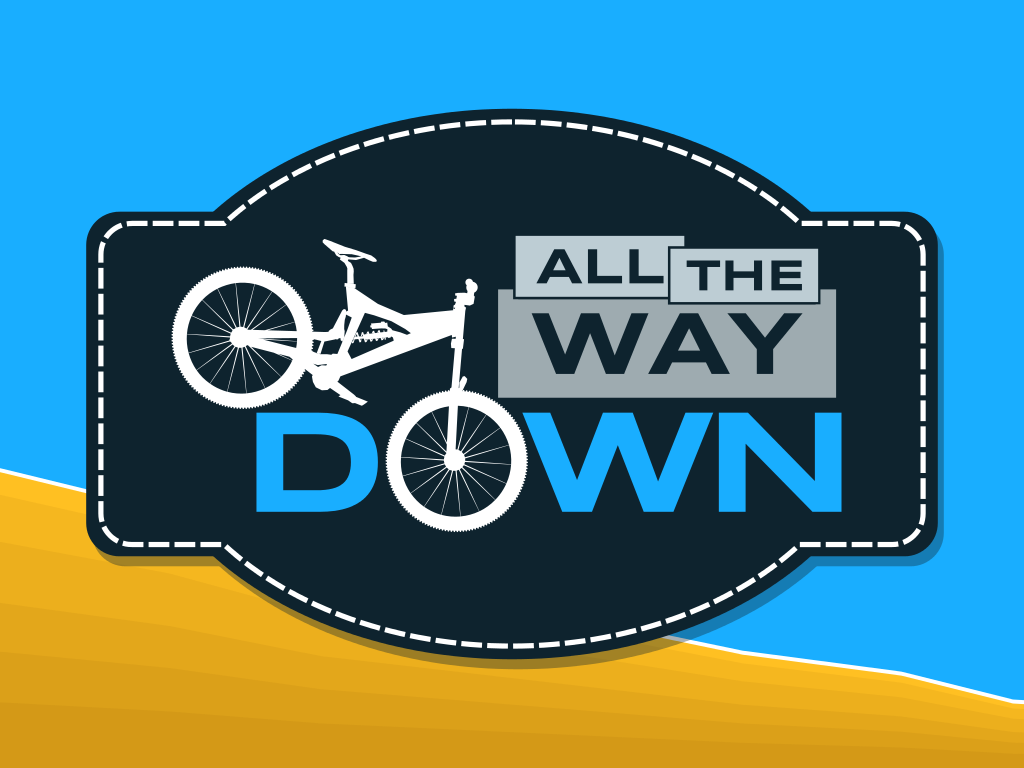 We use Scrumwise as our agile development platform.

We use Messenger (a.k.a Facebook Chat) for our group communications on a day to day basis.

We use Bitbucket for version control.

What We Aim For

All The Way Down - Development

The bike in our game is based on the principle of hovering. Essentially, raytraces at the bottom of the bike push it up off the ground with a force. These can all condense and retract, behaving similar to a suspension. The player input causes a variety of forces to act on the bike, allowing the user to steer and accelerate the bike. Since it is forces acting on the bike, the physics engine takes care of a lot in terms of how the bike reacts to things. This means that it behaves in a fairly realistic and enjoyable way, bouncing and springing over heights and humps in the track. See Ronan's page for the development details of this.

The bike features a 3rd person camera that is constrained so the player cannot rotate entirely around the player. The Player can also toggle between this and the 1st person camera, which is essentially a headcam. See Michael's page for more details on this. 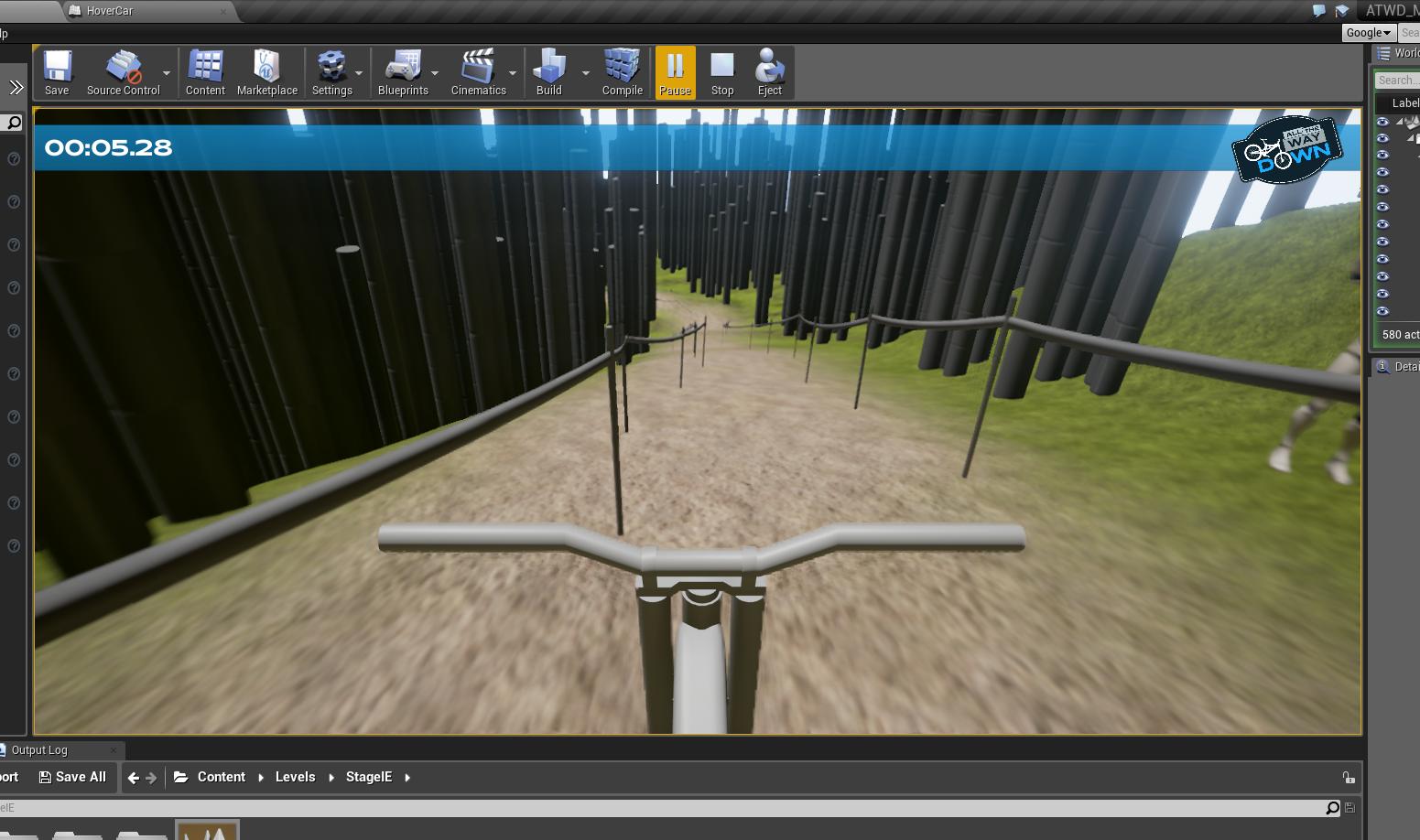 This is an in-game screenshot from the perspective of the first person camera, and here we also see the timer displayed and the opening part of the level.

The game contains a fully realised menu, and the details of the development of this can be found on Shane's page.

In game, our working timer is displayed to the player to give them an indication of how quickly they are completing the track. See Shane's page (above) for how the timer is displayed, and Michael's page for the development details.

The level captures the feel of a downhill mountain bike track set in Ireland. The track features many naturally occurring elements like jumps, berms, dips, humps and hollows, along with man made obstacles, like rock gardens and fences.

The track begins in a typical mountain biking starting gate. From here, this leads into a long downhill straight to quickly pick up speed. These early turns are wide and open, allowing the user to take them quickly. However the track narrows soon, leading into the rock gardens. Soon after this, there is a dip followed by a jump. After this, there is a technical chicane section that the player must carefully control their speed for. Finally, there is a quick dash to the finish line, where the player is greeted by a crowd of spectators. See Brian's page for more details on the development of the level.

Our game level consists of some 3rd party models along with some of the most important models developed internally.

The game features a high fidelity model of -bike name- which captures the famous design and practicality of this downhill mountain bike. More details on the development of the models can be found on Mark's page.

Our game features a range of diegetic and non-diegetic sounds. The menu has music and menu sounds (bells and clicks). The game contains the trademark sound of the start gate, along with various bike sounds like braking and pedaling. It also features environmental sounds like birds and crowds cheering for example. See here for a development playlist of the sound in our game. More details on the development of the sound in our game can be found on Kevin's page.

The crowd is placed in important sections of the track, like places where the player is most likely to crash, and at the start and the end of the track. Their AI system is still in development, but they react to the player finishing the race by cheering and clapping. More detail on the development of this can be found on Shane's page.