Note: I made a fairly robust 3rd person camera, which was later cut from the game, which you will find in the "Spare Parts" Tab.

The camera is how the player views the game world. It's what bridges the gap between the real world and the game. The camera I've made is a first person head-cam-esque view point; it's slightly further back from the typical head cam position that would be seen in footage, but this is to give the player a better view of the bike and their surroundings. The camera is constrained to actual human head constraints to give the player as realistic an experience as possible. The camera also naturally snaps back to its natural forward position. This creates a kind of glance effect to the camera use, which is how it would be on a mountain bike. You would only have a split second to look around before the next obstacle would need to be focused on. See below for a demo of this feature in action.

Below I show the blueprints that make this all happen. I'll give both a high level explanation.

Essentially, the input is taken and clamped so it can't go passed a certain range before being applied. 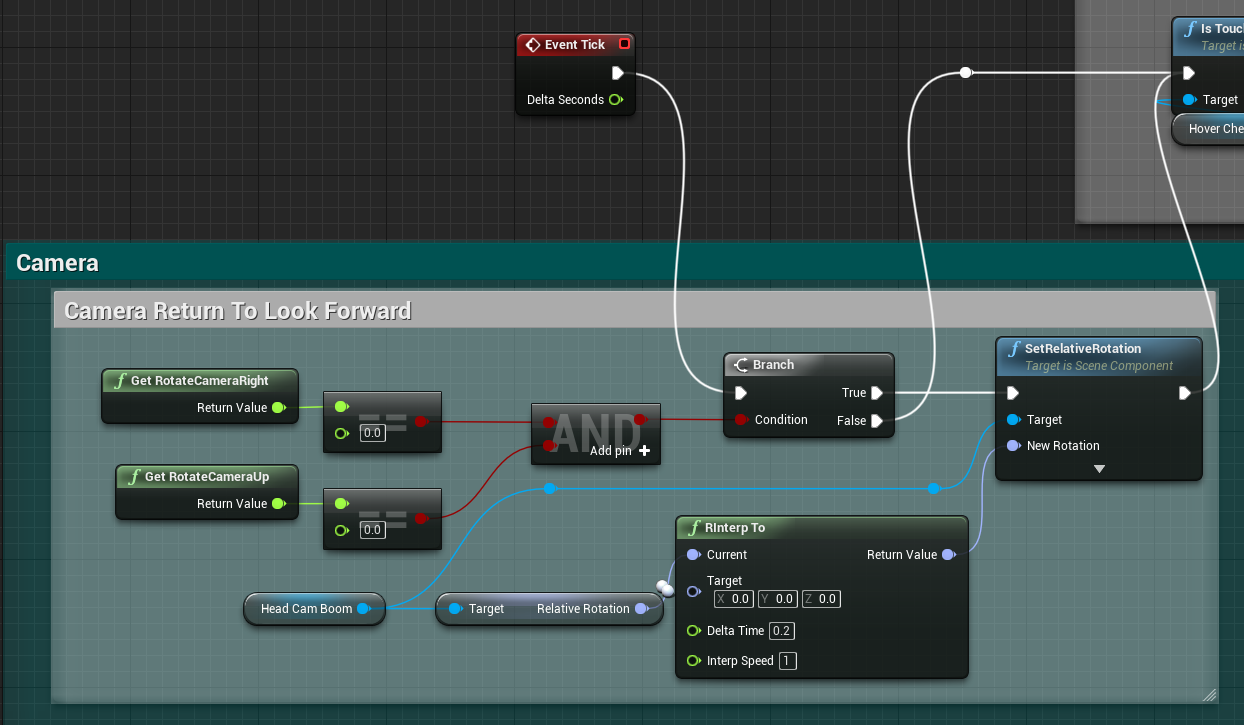 Essentially, if the player isn't inputting anything, the camera naturally reinterpolates to its original orientation.

I give a more detailed explanation of these blueprints and how they work in week 7 of my journal.

It's been a constant iteration on the camera from the start for me. It started as a bad 3rd person camera, with a bad first person camera that behaved like the exorcist, then it was a decent 3rd person camera with constraints and stuff, and then this was scrapped and I made this camera which I personally think is one of my two best pieces of work, the other being the timer. It's strange as well that this best camera took the least amount of effort in terms of difficulty to get working. However overall I'm really happy with how it turned out. It just feels right.